Buried on the council website is the following key decision document, dated 23rd May, outlining that Cllr Pollard has agreed to accept the refined final tender of JLIS to run Croydon Libraries, commencing 1st October 2013.

The contract is for 8 years with the possibility to extend for another 8 years.

This decision may be implemented after 1700 hrs on 31st May, unless referred to the Scrutiny and Strategic overview committee by 1300hrs on 31st May.

You can find the documents here:

Let's hope this is called in to scrutiny. 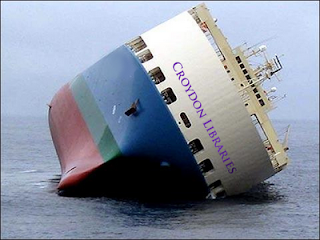 Why so shy Cllr Pollard? Buried on the council website and no press release to alert the public. Not a notice in a local library today. Released just before a bank holiday weekend at the start of half term.

It is sickening, but no different to the way the whole matter has been dealt with throughout.
Posted by Save Croydon Libraries at 13:19